It's Monday, What Are You Reading?

The one and only book I finished reading week before last was Zoe's Tale by John Scalzi.  After finishing Fuzzy Nation (by Scalzi), I couldn't resist.  Ironically, Zoe's Tale has been on my TBR shelf for about a year (or more, I tend to lose track of time) and I had only read the first chapter in all that time.  This Zoe's Tale was a good read...however, it is the third of a series.  Even so - it reads well as a standalone - probably because it's written from the pov of this 17 year old daughter of two formerly military characters from previous novels.  So of course, rather than finish a few of the other books that I've been reading, I bought a copy of ....

Old Man's War by John Scalzi.  It reads differently from Zoe's Tale - of course Zoe's Tale is from a teen girls pov, but even so I found the novel to be interesting enough to keep me reading.  Interesting enough that I'm thinking of buying the middle book - The Ghost Brigades (written in yet another pov).  So...having just now finished this novel, not sure what's up next.  No real plans.
However......

I was able to buy a few novels.  As many of you know, Mother's Day was last Sunday.  As far as presents go, it was a modest Mother's Day - which is fine, of course.  I was able to spend the day with most of my children.  And between the spouse and a couple of the boys I was given $60 for books.  I spent some of it on earrings - a friend of mine makes a wonderfu array of earrings - she has quite a talent for putting things together.  I've been obsessed with them, and have quite a few of them hanging from my bedside table lamp shade.  I bought myself another pair and then a few days later went to the bookstore, where I picked up three books for me, and a book for my granddaughter.  She has become interested in the Junie B Jones series.  Her mom has been reading to her every night.  This has turned into a family ritual, because her daddy has been listening in quietly.  Turns out he was never read to as a child, and now is having a great time with their nightly reading.  My daughter does voices - she does a voice for each character which makes reading so entertaining.  I've always done voices while reading, but it's nothing compared to what my daughter can do.  She's got a real talent for it.

After finding the children's novel, I found a few novels that I thought would be interesting.  One of them is from a series that I've by Christopher Moore - the vampire series that started wtih Blood Sucking Fiends.  The books I bought is titled Bite Me! and is the third novel set in this world, although it's the first told from Abby's pov.  I might read this one next....or

Jane Yolen and Midori Snyder co-wrote Except the Queen, a book that seems very interesting.  More of a fantasy than I usually read, though I do occasionally enjoy a very good fantasy book.
Take a good look at this cover - see the birds in the background?  Always an omen in fantasy novels.  Shivery, yes?
speaking of crows, or blackbirds...

Chuck Wendig (who I've never heard of before....I might have read his name, but really - no idea what he's like as an author) has written this book called Blackbirds that I've been seeing on the shelves in Barns & Nobles for a few weeks.  I finally opened it up and check it out.  I looks like something I'd enjoy - so it was one of my Mother's Day picks.


Doesn't that cover look interesting? notice her hair - it's made of blackbirds.....creepy. 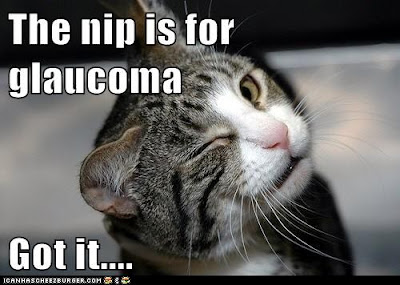