It's Monday and we're all getting sick....ugh 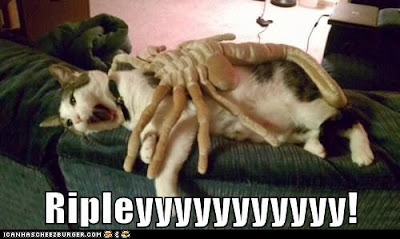 Being sick is not fun. It's worse when you feel sick, but you're not as sick as your husband and the husband is making all those moaning and groaning noises every time you come into the room - as if he feels the need to prove to you that he is in pain and doesn't feel good. Why is it that women are always accused of being Drama Queens when men are so very dramatic? especially when sick? At least being sick on a three day weekend means possibly missing less work.
Yesterday, before realizing that I was coming down with a cold the grandkids and I put on some music. I started dancing this weird super dramatic dance - you know (no offense meant if you're the type to dance like this for real...) the type of dancing that you see aging hippies do at music festivals? waving the hands around in mystical movements....Only I was doing with a Vogue-ish attitude, and even though I could feel this in my back and legs, I was going for it anyway because the kids were laughing and I was having a lot of fun.... Every move I made, the kids copied. Even the dog took part. Not willingly, but we made him dance too. We did this for 30 minutes. The dog only had to dance for three minutes.
Then my granddaughter and I slept on our couch because Granpa was sick...and we thought we would let him have the bed (he was coughing and making all that noise anyway, haha)
This morning when I woke up....oh..my..god!
So much pain! Dancing might have been a mistake
But it was fun while it lasted. ;) 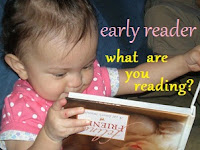 And here we are coming up on another Monday. Time just flies by. Time now for It's Monday What Are You Reading? Hosted by Sheila of Book Journey, this is our time to discuss what we've been reading.
At the beginning of this year I decided to keep a list of books - not only a list of books that I finished reading, but the books I started reading also. Problem is, I start books faster than I can keep up....I've listed SOME of the books I've started and I actually a little bit embarrassed at the sheer amount that I've listed - especially when I compare them to the books I've finished reading. Factor in the few books that I can't remember, or the books where I've only read the first two pages, and it's even worse.
So far I've finished reading seven books for 2012. I've started more than 17. Not a good percentage. Can you tell that I've easily bored/frustrated/distracted?
And now I've gone and added two more books to my TBR pile/mound/MOUNTAIN. 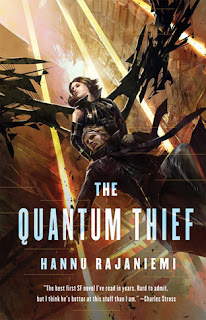 I've been short of spending money - but even so, it's toug

h to stay completely away from the bookstore. I put in some extra hours at the library. After I was finished, I found myself in the parking lot of Barnes & Nobel. I have NO idea how I got there (coughdrovecough). Once there, however, I browsed the scifi section. I found a promising looking novel called The Quantum Thief by Hannu Rajaniemi - thank goodness I actually bought something new that is the first in a series. Then I came across the first book from a series that I had mistakenly bought the second book. Crossover by Joel Shepherd has a main character who is a cyborg. hmmmm. 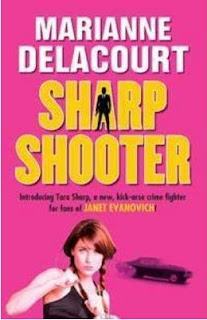 Keeping in mind that I have 17 books that I've started (well, actually more than 17) I'm going to try like hell to concentrate on only two books this week. It's seriously very hard for me {remember I suffer from B.A.D.D., an apparently widely spread faux disorder} but I'm going to try.
The two books I'm going to try to focus on are Another Kind of Dead by Kelly Meding and SharpShooter by Marianne DeLacourt (aka Marianne DePierres of Nylon Angel fame)
Coming up? Any one of the books listed on my Books Read page - there's a section just for books I've started for this year...though I'm pretty sure there's a few that I haven't listed. ;)
There's plenty there to keep me busy for a while - I should make THAT one of my non-challenges that I'm challenging myself with. A read from your non-finished books list....except that I'm against wasting time on books that aren't working for you. Maybe a give a book a second chance before giving up on it challenge. Title too long though.
What are y'all up to? 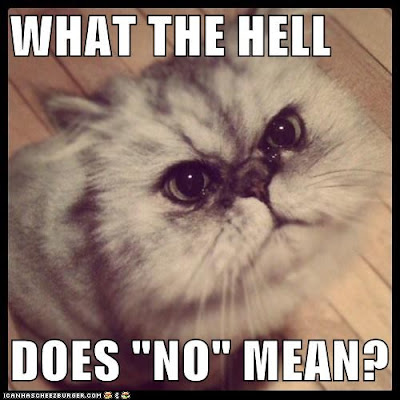 Know what I'm missing though? A little bit of Stacia Kane's Downsider series. It's been a long time. Hope one is coming out soon
Posted by Mardel at 9:55 PM